‘Eisenfelt helped us to develop propositions that meet customer needs’ 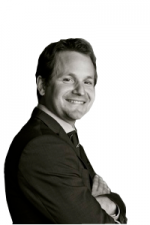 De Telefoongids is a company with a historical position in the Dutch advertising world. The first printed telephone directory was released in 1881 with the aim to connect telephone subscribers in the Netherlands. After becoming independent (from KPN) in 2003, De Telefoongids joined forces with the Yellow Pages in 2008. Since the advent of the Internet De Telefoongids has developed into an online media company with a broad portfolio of products and services for entrepreneurs, such as search engine marketing and the development of websites and apps for smart phones.

Every Dutch company has an entry in the two guides and on the De Telefoongids website. The organisation thus has a large customer base. De Telefoongids wants to grow its number of paying advertisers, on their own media and on third party media (Google, TomTom and Facebook).

Commissioned by De Telefoongids Eisenfelt has conducted a customer survey in 2011. Based on the findings, the organisation realised a rationalisation in products and the underlying pricing model. “Our propositions now focus on the value for the client rather than the characteristics of a product or service,” says Patrick Mesteron, (former) chief marketing officer (CMO) at De Telefoongids.

“In our communication the result for the customer has now become more central. It is very important to provide customers with insight into their return on investment. The packages are offered in terms of revenue. For example: how many “clicks” or references did we achieve.”
After researching, a three-month pilot project was conducted in all sales channels, based on a business case. Based on these results we embarked on a nationwide roll out in January 2012. The objective is to obtain a package penetration of 80% within twelve months.

“They are asking the right questions. The consultants of Eisenfelt really become a part of the organisation. They are committed to results and are not afraid to pick things up outside the scope of the job. They advise pro-actively which was very much appreciated.”